A persons culture is established by factors such as ethnicity, geographic locale, social connections, life experiences and biology. This post presents the result of a performed analysis of five leading cultural- and personality frameworks which are used in the social sciences to measure, operationalize and to understand how culture is shared, interpreted and formed.

No single idea, image or event have a fixed meaning. Consider the Israel-Palestinian conflict. Is your notion that Israel has the right to confiscate land to protect itself from terrorists, or do you see the Israeli settlements on Palestinian soil as an act of aggressive violation of international law (Un.org, 2017)? And in regards to the colour white; is your notion that it stands for purity or do you think it represents death? Whatever your answer is to these two questions and even if the answer seems obvious to you personally, millions of people will have the complete opposite view. How you interpret reality is a result of your personal model of culture which is defined a number of factors such as ethnicity, geographic locale, social connections, life experiences and biology.

To measure, operationalize and to understand how culture is shared, interpreted and formed; researchers in the social sciences has built a number of models to categorize, measure and in some cases quantify cultural values.

This post presents and compares five well established cultural frameworks which designers can use to better understand the target audiences of their work.

#Power Distance Index (PDI)
The PDI dimensions measure to what extensions members of a culture accept and expect unequal power distribution and how a society manage inequalities among its members. Societies with a high degree of PDI accept a hierarchical societal structure while low PDI-cultures strive to equalise power distribution.
#Individualism Versus Collectivism (IDV)
In high IDV-cultures, individualism is the norm and members are expected to care just for themselves and immediate family members. Low IDV-cultures, on the other hand, values collectivism and individuals can expect to be taken care off by other members in exchange for loyalty.
#Masculinity Versus Femininity (MAS)
The MAS-dimensions measure the competitiveness in a culture and to what extent material rewards, heroism, assertiveness and achievement are valued and used as rewards for success. feminine cultures (low-mas) prefer cooperation, modesty and caring for the weak while masculine cultures reward individual achievements.
#Uncertainty Avoidance Index (UAI)
The core of this dimension is how members of a culture adhere to uncertainty. Cultures with a high UAI are intolerant to behaviour or ideas breaking the norm while low-UAI cultures have a more pragmatic view of societal principles and that rules can be broken if the reason for doing so seems logic.
#Long Term Orientation versus Short Term Normative Orientation (LTO)
Cultures scoring low on the LTO-dimension have traditional norms and view change with suspicion while high LTO-cultures encourage modernisation and societal progress.
#Indulgence Versus Restraint (IND)
The IND domain measures to what extent a culture allows gratification. High IND-cultures enjoys life and having fun while low-IND cultures regulate and suppresses gratification using strict social norms.

Hofstede’s theory quantifies cultural values on a scale from 1 – 100 which enables a comparison between different national cultures. The biggest deficiency of this theory, though, is that it does not cope with subcultures within a culture and some of the critiques it has received include the notion that it overly concludes cultural values (McSweeney, 2002; Baskerville, 2003).

To define and simplify inter-cultural analysis and with the objective to improve interaction between different cultures; Richard D. Lewis developed a model of culture which is commonly known as the ‘Lewis model of culture The Lewis Culture Model (Changingminds.org, 2017; The Lewis Model, 2017)

The model divides culture into three approximate categories which are presented below:

Linear-actives
Linnear-actives cultures perform actions in a linear action on time and according to schedule. They are efficient in their work and are often referred to a logical. Swiss and Germans according to this theory are linear actives.
Multi-actives
Multi-actives are more social than their linear-active counterparts. They value relationships, like to do many tasks in parallel and are often described as emotional. Arab cultures, as well as Latin cultures, fall into this category.
Reactives
Reactive cultures value courtesy and are good listeners. They seek principal rather that fixed plans or vague intentions; prefer face-to-face communication; will avoid confrontations and work hard to preserve peace and harmony. Chinese and Finns are examples of reactive Cultures.

Universalism versus Pluralism (UvP)
The UvP dimension measure to what degree a culture assigns to personal relationships versus law. In universalistic cultures values, codes and standards take precedence over personal relationships while pluralistic cultures value intimate relationships.
Individualism versus Communitarianism (IvC)
In individualistic cultures, members place the individual before the community; personal fulfilment prevails and people are expected to care for themselves. I communitarian cultures, on the other hand, the general notion is that individuals should act in ways that serve society as a whole.
Specific versus Diffuse (SvD)
The SvD-dimension define to what extent members take responsibility for society as a whole. ‘Specific cultures’ converge on standards and behavioural contracts; people’s lives are divided, and interactions are defined by strict cultural codes. In ‘diffuse” cultures relationships are valued over personal objectives.
Affectivity versus Neutrality (AvN)
The AvN dimension defines to what extent members display emotions. In ‘affective cultures’ members do not hide feelings and are taught to display their emotions while in ‘neutral cultures’ feelings are controlled and emotions felt instead of displayed.
Inner directed versus Outer Directed
In inner-directed cultures, people see nature as a force which can be controlled with the right expertise or technology. Outer-directed cultures have a more organic view of nature, and members are expected to adapt themselves to external circumstances instead of trying to control them.
Achieved Status versus Ascribed Status (ACvAS)
In cultures with ascribed status members derive their societal rank from fixed factors such as wealth, age or gender. Status in achieved cultures, on the other hand, need to be proven and rank will be granted according to individuals accomplishments.
Sequential Time versus Synchronic Time (SEvSY)
The SEvSY-domain defines whether a culture structure time sequentially and doing things one at the time, or if members perform several tasks in parallel with the notion that time is flexible and intangible.

#Critique
Hofstede (1996) discuss a number of shortcomings of Trompenaars databank and concludes that “no professional analysis can correct its evident lack of content validity” (P.197). Other critiques have raised concerns about cultural biases (Minkov, 2011, p.48)

Developed by the social psychologist and cross-cultural researcher Shalom H. Schwartz; his ‘Theory of Basic values’ (Schwartz, 2006) is a popular cultural framework which has been used extensively in cross-cultural studies of individual values (Berry, Poortinga and Pandey, 1997: p.77).

The theory defines values as broad motivational goals which members of societal groups use to evaluate norms, attitudes, traits and virtues. It identifies ten basic personal values that are recognized across cultures (Schwartz, 2006):

Self Direction
The self-direction domain defines our need for control our own thought and bodies.
Stimulation
The human organism, according to Schwartz model, needs novelty, challenge and stimulation to maintain positive which is recognized in the stimulation domain.
Hedonism
Hedonist values derive from the human need for bodily and often short-term arousal in sensuous pleasure (Changingminds.org, 2017), recognized by the hedonism dimension.
Achievement
The achievement domain recognizes the human need for stimulating challenges and personal success.
Power
Social institutions require some degree of status differentiation (Parsons and Smelser, 2012). The power domain of Schwartz theory recognizes the human need for social status, prestige, control and dominance over people and resources.
Security
Feeling safety, harmony and stability on a personal- as well as macro perspective (societal) is a basic human need (Maslow, 1977) which is defined by Schwartz cultural domain of security.
Conformity
Cultures have different norms in valuing restraint of actions, inclinations and impulses likely to harm others which are recognized by the domain of conformity.
Tradition
All cultures develop practices, beliefs, symbols and ideas representing their shared experience and fate which become sanctioned as group customs and traditions (Schwartz, 2012: p.6). The tradition domain acknowledges the value, respect, commitment and acceptance that traditions have within a culture.
Benevolence
Benevolence is a basic requirement for functional relationships within any societal group and is a provision for true friendship, mature love and loyalty (Maslow, 1977). These traits are recognized in the benevolence domain.
Universalism
While the benevolence domain has an in-group focus, the universalism domain has a macro perspective defining appreciation, protection, understanding and welfare for society at large.

#Critique
While Schwartz theory has been used extensively in cross-cultural studies of individual values (Berry, Poortinga and Pandey, 1997: p.77); Imm Ng, Anne Lee and Soutar (2007: p. 175) note that it could be argued that the substantial modernisation of society which has taken place in most surveyed countries during the two last decades since the theory was published makes it obsolete. They also note deficiencies in the sample representativeness with the survey population represented exclusively by teachers and students.

The Five Factor Model Of Personality distinguishes itself from other cultural- and personality frameworks by the fact that it is not a theory based on the notions of a particular phycologist or researcher. Instead, the FFV is built on the “natural” system used by members of a culture to communicate and understand one another (Randal, 2017).

The model originates in the research by Louis Thurstone whom in 1933 noted that a list of 60 adjectives describing personality discovered through his research could be reduced to only five meaningful factors. Thurstone’s research formed the starting point for the work of psychologist Raymond Catells which resulted in the 1949 publication of a personality assessment device known as the 16PF which describe human personality traits by 16 personality factors (PF) (Heffner, 2017).

Fiske (1949) according to According to Randal (2017) through his research similarly to Thurstone concluded that the sixteen factors in Cattels model could be reduced to only five but little was made of the discovery. Instead, it was Tupes and Christal (1961) whom thoroughly established the five factors of personality as we know them today (McCrae and John, 1992):

Openness to Experience (inventive/curious vs. consistent/cautious)
The first domain of the five factors reflects individuals degree of creativity, intellectual curiosity and preference for novelty over routine. A high score in this domain indicates a preference for novelty, while a low score indicates an affinity for strict routines.
Conscientiousness (efficient/organized vs. easy-going/careless)
The domain of conscientiousness indicates the amount of thought, and deliberate intentions individuals of a culture assert to their behaviour and this domain refers to personality traits including self-discipline, competence, and achievement-striving. A high score in this domain indicates a preference for planned rather than spontaneous behaviour while low-scoring individuals are more spontaneous and disorganized.
Extraversion (outgoing/energetic vs. solitary/reserved)
High scorer in this domain is characterized by positive emotions, assertiveness and a tendency to seek stimulation in the company of their peers. Low score personalities, on the other hand, enjoy solitude, smaller social groups and to perform activities alone and are also less likely to participate in risky sports.
Agreeableness (friendly/compassionate vs. cold/unkind)
The Agreeableness domain describes to what extent a person is cooperative, trustful, compassionate, helpful and well-tempered. Individuals with a low score in this domain tend to be described as rude and uncooperative.

#Critique
Boyle (2008) and others conclude that the FFV does not provide adequate coverage of “normal personality traits” and also that the model is difficult to replicate the model consistently when using different samples. They also conclude that the FFV is too broad and lack a specificity to enable a measurement in many real-life situations. Poropat (2002: p.1198) also note that FFV-instruments fail to detect significant gender differences in personality structure. 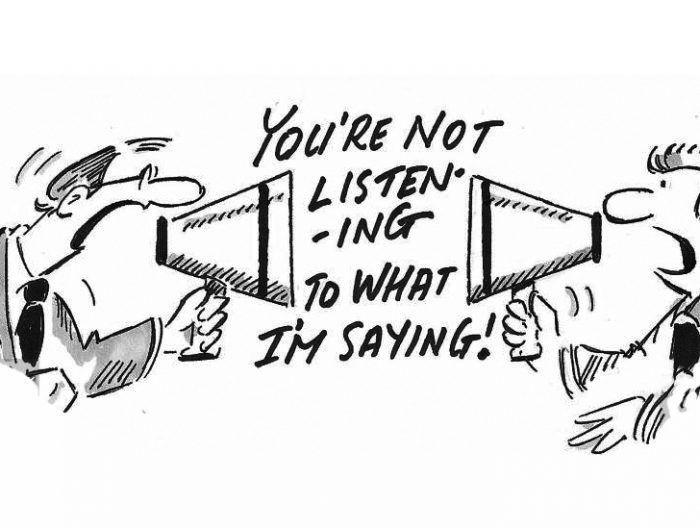 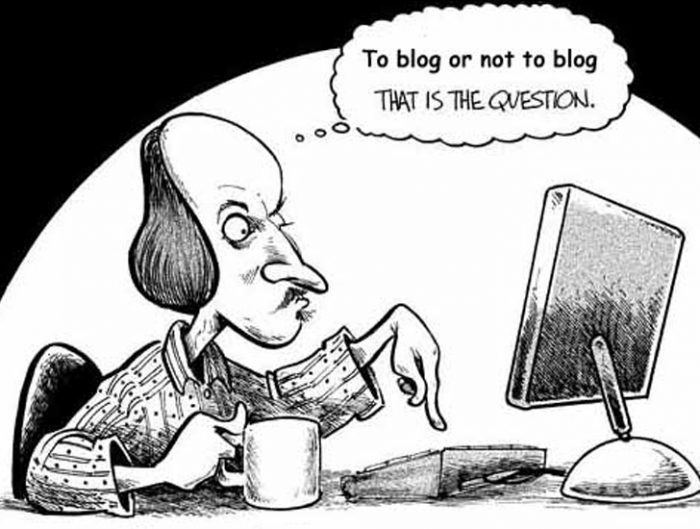 Digital and traditional marketing, what’s the difference.
14th May 2020 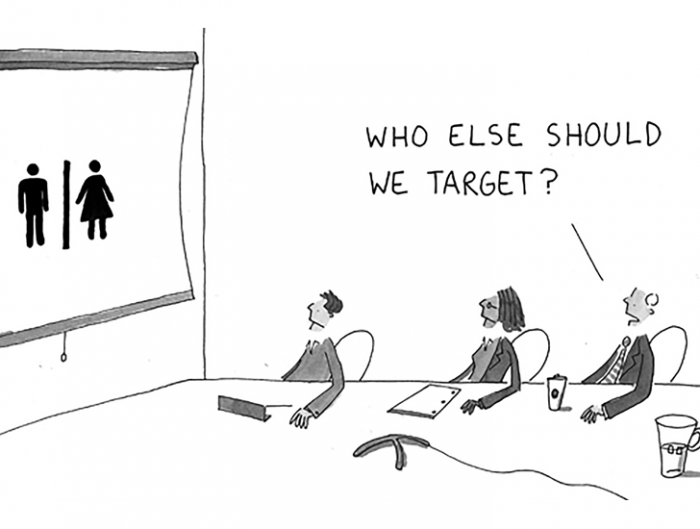