Personas; the good, the bad and the ugly

Personas is an important tool for audience research. In this article, I explain what personas are and common misconceptions in how to use them correctly. I also share a methodology in how to connect personas to personality type indicator frameworks like the Meyer-Briggs.

In simple terms; a persona can be defined as “a fictional character defined from a set of generalised audience characteristics discovered through audience research.” The idea of working with personas is to create an emotional connection to raw audience data by using the data to form a fictional character with a name, a face and a story that people can connect emotionally to. If you are not familiar with the concept of personas, please refer to the example persona-sheet presented here before continuing reading.

Data representative personas (DRPs)
Personas created using the DRP-methodology are based on factual results and insights made from audience- and market research such as customer surveys, focus groups and data from company CRMs. In the DRP-methodology personas is used as a way to visualise conclusions and findings from audience research by using the data to create a fictive person based on characteristics, opinions, psychographics and demographics of the main audience segments defined by the research.
Exploratory personas (EPs)
In exploratory persona research; personas are used as a brainstorming tool to define and explore audiences, customer journeys, strengths- and weaknesses in organisational processes involving humans. Exploratory personas differ from DRPs in the way that they are not based on factual data from audience research but instead are built on hypotheses and assumptions.
Exploratory persona research is a very effective tool for developing marketing concepts, and later in this article, an example case is presented where EPs were used in the creation of a marketing campaign for the London Royal Opera.

When to use personas

A common misconception is that personas only have a place in processes concerning marketing. This is wrong. Personas is an efficient tool to evaluate and learn about any organisational process involving people, and a few examples include:

As explained above, the purpose of using personas in an audience-research process is to create an emotional connection to audience-data and findings.

To illustrate what this means considering the following case that I often use when performing persona workshops:

During a three months’ period, UCLH interviewed patients after their visits to the emergency room to understand pain-points with their current patient process during emergency peaks which resulted in a report presenting one of the primary audiences as follows:

Now consider the following story of Joyceline, a three-year-old girl who had to wait almost four hours in the emergency room of UCLH with a broken hand before getting to meet a doctor. 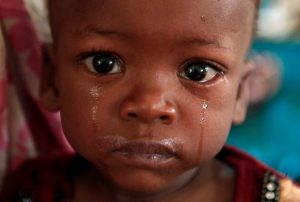 “ Three-year-old Joyceline had to wait almost four hours in the emergency room of the UCLH before getting treatment for her broken hand as of a big traffic accident earlier the same evening which had to be prioritised by all available doctors. Patients in a non-life threatening state, thereby, simply had to wait.This also meant that the emergency room soon had more than 120 patients waiting to get treatment. Some of these patients also were in an intoxicated state from the abuse of alcohol and narcotics, appearing aggressive towards patients and staff which frightened Joyceline. When Joycelines father tried to calm her down outside in the emergency hallway, a nurse told him they had to return to the emergency room as patients were not allowed in the hallway. “

Even more interesting, though, is that when asking people to prioritize how important and urgent they think this issue is on a scale from 1 – 10; people who have only read Table 1, on average, give it an urgency of 5, while people who have been presented to the Joyceline story, on average give it an importance of 8.

Now; this is a crude example case which in no way is statistically significant. What it shows, however, is that when “humanising” audience data giving an audience-segment a face, a name and a story; people not only get more creative in coming up with solutions but even more importantly, also will form a better understanding of the problem.

Common misconceptions about how to design personas

Unfortunately, there is a great misconception in the way personas should be designed, much to be blamed on some of the leading literature in this domain.

Analysing this persona example in the light of Table 1 in the Joyceline hospital case where audience data and pain-points simply was listed in a table, there is actually not much difference. Sure, Adele’s audience data, above, has been given a picture and a name, but there is nothing in her “persona” that will make people reading it emotionally engaged and committed to making a change.

For a persona to be efficient, it needs to have an engaging story that makes the fictional character it represents feel like a real person. Persona stories also should illustrate how the persona character integrates with the organisation for which it was created; pain-points and views of products or services. Great persona stories, like great dating ad’s, also should have some surprising elements making them memorable and fun to read. In short; the goal with any persona is that the people for which it was created (marketing team, sales, H&R, board members, etc.) immediately should start relating to it as a real person and not just as some statistical number in a report.

In simple terms; PTIFs are theoretical systems designed to indicate psychological preferences in how people perceive the world and make decisions, and they are used by managers to guide job placement, conflict management, team building, R&D, career development and to build processes for sales and marketing. Many different PTIFs exists, all with their individual strengths and weaknesses. Personally, I have come to use Meyer-Briggs (Opp.com, 2017) to a great extent in my professional practice as I find this framework being versatile and suitable for all kinds of projects including e-commerce, marketing planning and organisational process studies. Meyer-Briggs also have a great body of literature which makes the framework easy to learn. If you are not familiar with Meyer-Briggs or some other PTIF, I strongly recommend you to take a few different PTIFs tests just to understand how they work and their different models of personality type evaluation.

Connecting personas to a theoretical framework like Meyer-Briggs saves a lot of work as much of the persona definition already is made. More importantly, though; if an organisation consistently works in the same PTIF, people within the organisation immediately will be able to visualise and understand the persona character by just recognising its personality type. This is also a great strength in larger projects where teams and stakeholders are dispersed in multiple locations, and the personas are distributed on, for example, an intranet with no project manager to present them live.

In this section, I present a live case how exploratory personas (EPs) was used to define target audiences in the marketing planning for The Royal Opera. I begin by introducing the client brief and will then present the process that was used to create the persona-sheet presented later in this article with the distinct audience segments which formed the basis for the campaign.

The Royal Opera, under the direction of Antonio Pappano, is one of the world’s leading opera companies. Based in the iconic Covent Garden theatre, it is renowned both for its outstanding performances of traditional opera and for commissioning new works by today’s leading opera composers, such as Harrison Birtwistle, Mark-Anthony Turnage and Thomas Adès.

While some young people might attend the ballet once a year as a special occasion, The Royal Opera find that in some areas their audience is not as diverse as the population as a whole, and, in particular, young people are under-represented. To ensure the long-term survival of ballet as an art-form, they need to engage and inspire more young people to be part of their audience.

The Royal Opera particularly want to target young people aged between 20 and 30, already attending plays, gigs, and exhibitions, but don’t consider ballet because they simply don’t think its for them.

The target audience currently thinks that:

The Royal Opera would like to communicate to them instead that:

There is no set rule of how personas should be created, and all organisations need to find their own way of working efficiently with audience research and personas. The process of creating the personas for The Royal Opera House, however, was performed as follows:

Below is the final persona-sheet that was created as an outcome of the process presented above (click on the image to download it).

The persona workflows presented in this article is just one way of working with personas but numerous other persona-strategies exist and every organisation need find their own “best-way” of creating them.

The key takeaway working with personas, though, is to understand the importance of creating engaging persona-stories which are what differentiate personas from traditional audience definitions where audience-segments are labelled with generic descriptions and presented as tabular data (see Table 1).

I want to emphasise that presenting audience research using a traditional format of listing audience-characteristics in a table by no mean is wrong! For some applications, such as when creating formal organisational reports, personas might not be the most suitable method of presenting audience segments and research. Personas for sure has a place in the ecosystem of audience research methodologies, but so do the traditional methods of defining audience segments in tabular form. What is important to understand is when and how to most efficiently use each methodology.

Whatever methodology you choose for your next project, just bear in mind, that putting a portrait picture in the top row of a table with listed audience characteristics does not make it into a persona.