Hazel Smith’s and Roger Dean’s model of design research shows is the importance of having an open mind and to dare trying new directions in creative work, in research, in life. And it gave me an epiphany.

The French engineer Pascal Cotte got a rare permission to scan Leonardo Da Vinci’s ‘Mona Lisa’ using reflective light technology (Clark, 2017). While his findings still have not revealed the answer to centuries of scrutiny and debate about Mona Lisa’s mysterious smile; what his scan showed, though, was that Da Vinci, the Renaissance man, also was human. What the infrared images of Cotte’s research revealed was that the Mona Lisa, in fact, have been painted over multiple times and that Leonardo seems to have changed his mind and hesitated over his creative decisions many times in the process of creating the painting:

“If you look at the left hand, you see the first position of the finger, and he changed his mind for another position.” (Bryner, 2017)

Progress is a process of failing. Thomas Edison is said to have to fail 10.000 times before he found a way to get the first light bulb to work. Van Gogh was rejected as an artist for almost his whole life and Sir James Dyson, the inventor of the Dyson vacuum cleaner, did 5.126 failed prototypes before his 5.127th worked and made him into a billionaire (Business Insider, 2017; Goodreads.com, 2017). The process of learning and getting new insights is about having the guts trying something new. The courage to take that road no-one else has walked before; and if you fall, reflecting over what went wrong, and trying again.

Smith has created a model in which he tries to visualize the process of creative- and research processes (2009). The model illustrates the differences between research-led research where the researcher is trying to get new understandings about a practice by testing theories; and practice-based research where the outcome is an artefact such as music, design, an exhibition or even a performance. While there is a distinctive difference in the resulting “product” between these two methodologies of research, the goal is the same: to advance knowledge within a field of study.

The model which is illustrated below comprises an outer circle which at the upper right-hand side shows various stages of practice-led research; the lower part stages of practice-based research; and the upper left academic research. Each stage in a research- or creative project is represented by the smaller circles which also has arrows pointing to other stages (circles), and some even pointing across from the left- to the right side of the circle – and back again. What Smith is trying to illustrate is that the learning from each stage in a project might lead to new insights, which then might lead to a new, unexpected direction that may, or may not, bring you one step closer to your final goal. 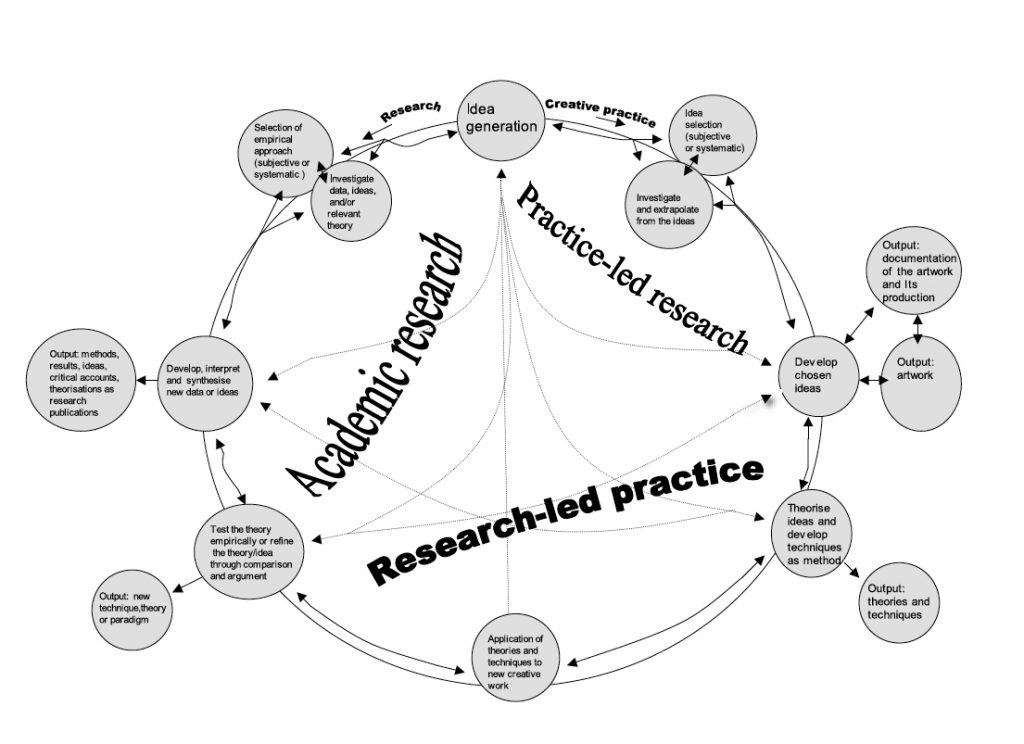 When learning about Smith’s model I was initially quite sceptical. The academics have enough models which theorizing simple matters into a labyrinth of incomprehensible gibberish. Having spent some time analyzing Smiths model, I suddenly realized it actually has something important to say. What it shows is the importance of having an open mind and to dare trying new directions. In creative work. In research. In life.

If you think Smiths model is interesting but confusing and also do not have the time to read the 288 pages of tightly written text where he presents it; then my one sentence summary below tells you the whole story:

You need to fall to learn how to walk.

I think I just had an epiphany. 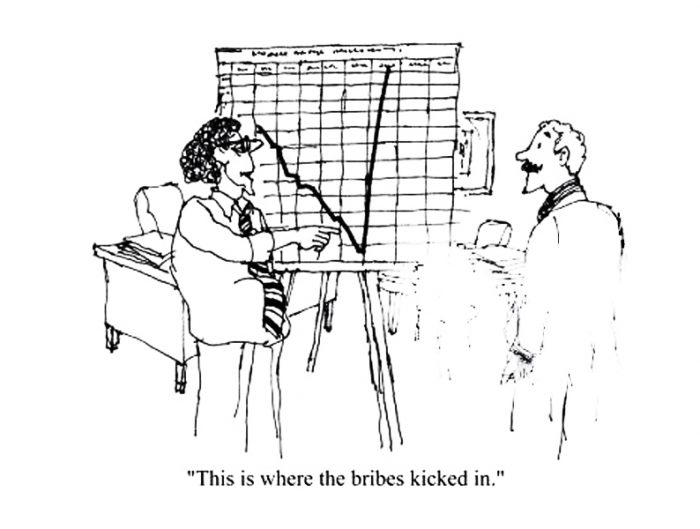 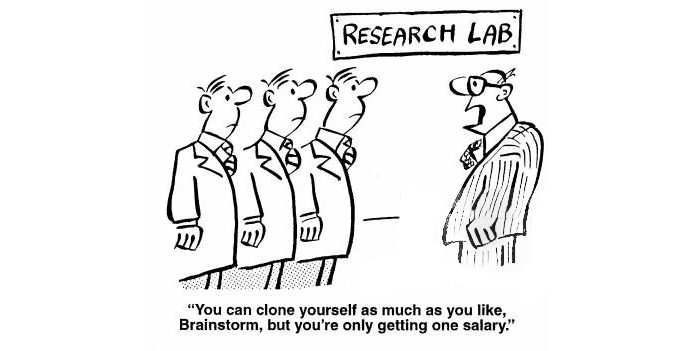 Academic research in the creative industry
13th May 2020 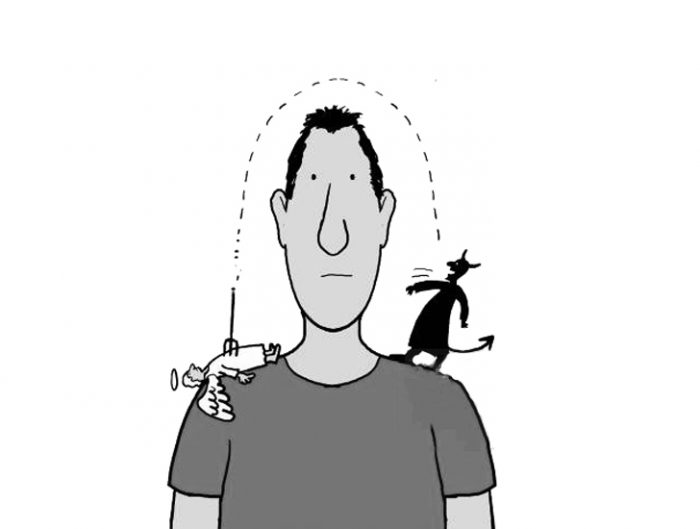 A call for updated ethical frameworks accounting for today’s new methods of marketing and design.
11th May 2020
© Copyright Mike Andersson | All cartoons licensed from cartoonstock.com